Lignum Vitae is Leading the way back to Water-Lubricated Bearings in the Hydro Industry ahead of EPA regulations. Hundreds of Hydro Plant Owners rediscovered this proven technology! 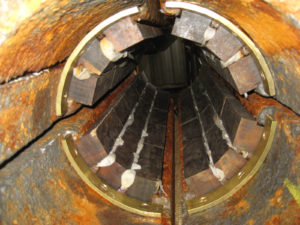 After numerous visits to hydro installations we discovered that the material operated flawlessly for decades resulting in millions of dollars of savings for hydro plants.

• Over the life of a Lignum Vitae bearing set, a customer could avoid in excess of 360 days of unplanned outage resulting in significant lost revenue;

• Lignum Vitae bearings outlast competitive bearings six to one, lasting over 60 years without the need for costly repetitive service and replacement;

• Lignum Vitae bearings can be supplied by Lignum Vitae North America, which has an annual capacity of approximately 3,250 bearing sets into perpetuity; and,

•  The only environmentally responsible renewable industrial bearing known to man.

Lignum Vitae Bearings are the oldest water-lubricated/self-lubricated bearings known to man. As a world leader of  bearing material Lignum Vitae is the best answer for your hydro power plant. No other water lubricated bearing last as long and has the pristine history of  water lubricated thrust bearings. Known for its extreme durability and longevity in the hydro industry; Lignum Vitae bearings create zero pollution and are key to anyone wanting clean renewable energy.   We are proud to assure you of the availability and the long history and future success of your power plant.  This material is the answer for underwater applications.

Composites such as Thoradon have been trying to match the durability and longevity of genuine Lignum Vitae but to no avail. So when your hydro plant needs a new bearing make it the longest lasting water-lubricated bearing on the market. 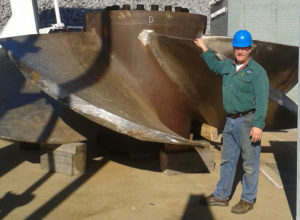 Thank you for visiting. We welcome the opportunity to answer any questions that you may have about our products. Please email us at: info@lignum-vitae.com